From 1989 to 1993, Saved by the Bell made Saturday mornings must-watch TV. Up to that point, cartoons dominated the airwaves, which didn’t sit well with the tweens and teens wanting something a little more on their level.

Originally packaged as Good Morning, Miss Bliss, Saved by the Bell opened up the avenue for shows like The O.C., Beverly Hills, 90210 and Dawson’s Creek by exploring mature themes that young people are usually confronted with. Of course, as its cheery theme song suggests, the show was principally about the enjoyable exploits of a ragtag group of friends — Zack, Kelly, Lisa, Screech, Slater and Jessie.

Overseen by principal Mr. Belding, Zack and Co. got into plenty of adventures along the way. Here’s what the cast has been up to since their days at Bayside: 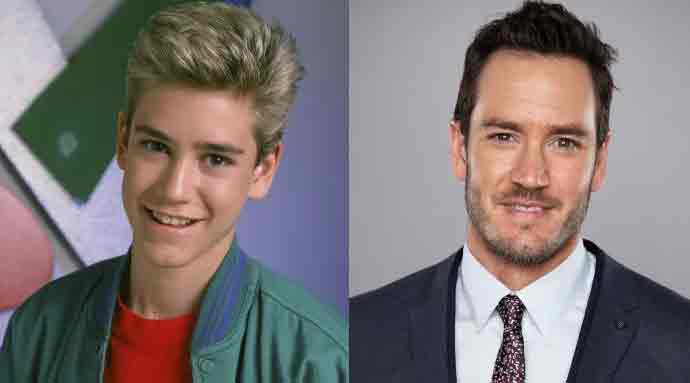 As the breaker of monotony and fourth walls, Mark-Paul Gosselaar served as the perfect Zack Morris. After reprising his role in a long line of Saved by the Bell spinoffs, he was able to depart from the Morris persona by starring in 1996’s TV-film She Cried No.

From there, he would use the keen smarts and business savvy he tailored as Morris to star in sequential roles as a detective in NYPD Blue, a campaign advisor in Commander in Chief and a defense attorney in Raising the Bar. He continued that trend by starring as Peter Bash in the legal procedural dramedy Franklin & Bash. Other projects include TV shows CSI: Crime Scene Investigation, Pitch, The Passage and 2019’s Mixed-ish. Outside of the Hollywood limelight, the dad of four has a wild side as he’s competed in and won major track cycling competitions around the world. 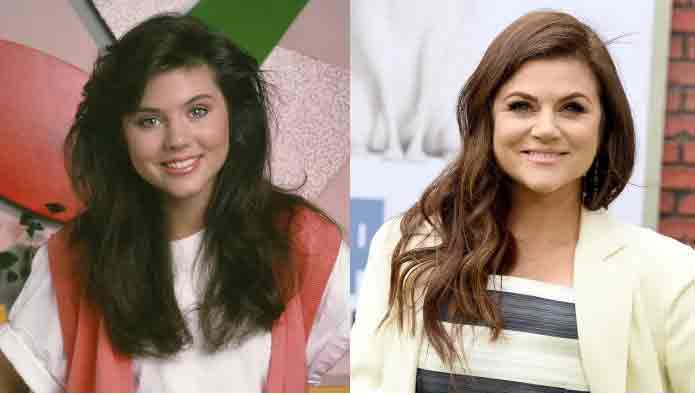 The All-American Girl and Zack Morris’ Kryptonite, Tiffani Thiessen had a way of making hordes of boys swoon as reputable cheerleader Kelly Kapowski. That was never more evident than when Zach and Slater went head-to-mullet vying for her love.

Thiessen’s charms first gained notice when she was crowned 1987’s Miss Junior America. As recognizable as she is on Saved by the Bell, she is also widely known for playing Valerie Malone on the sultry Beverly Hills, 90210. Not content with letting two mega-roles define her, she segued quickly into an array of TV-film roles and pursued an acting career in film, which eventually got her a part in Woody Allen’s Hollywood Ending in 2002.

Since, she’s starred on TV shows such as White Collar and Alexa & Katie, and had her own cooking show, Dinner at Tiffani’s. The cookbook author has two children with husband Brady Smith.

A.C. Slater wasn’t Mario Lopez’s first TV role. Before his breakout job, he appeared in a.k.a. Pablo, the music-heavy Kids Incorporated, and The Golden Girls. After Saved by the Bell, his million-dollar dimples nabbed him success as a TV and radio host, professional actor and fitness book author. He also came in second on the third season of Dancing with the Stars.

At the moment, Lopez is holding down hosting duties for celebrity gossip factory Access and being a dad to three children with wife Courtney Mazza. 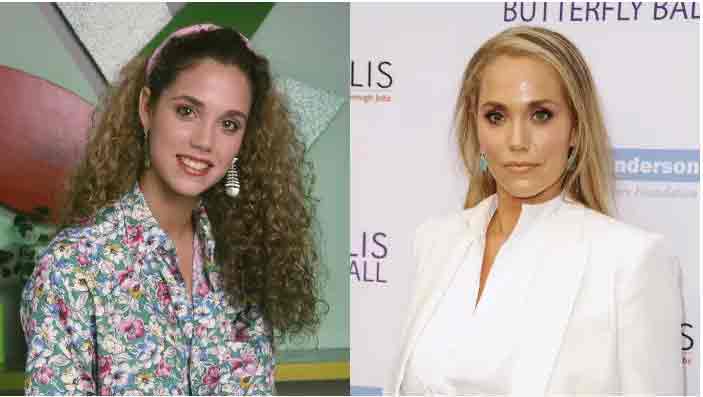 Married to artist Greg Lauren in 2003, Berkley gave birth to their son in 2012. She starred on the seventeenth season of Dancing with the Stars, coming in sixth place. 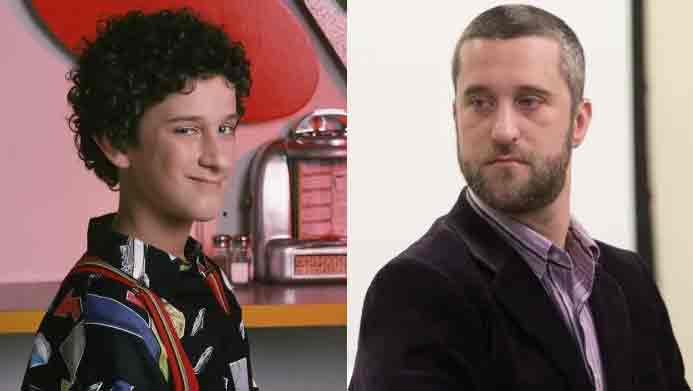 Every group of friends needs the token nerd, and Dustin Diamond played one of TV’s most iconic. When not expressing his unrequited love for Lisa Turtle, Diamond has had a knack for sticking his neck into precarious situations, much like his onscreen counterpart.

In 2006, he came back into the media’s lens after releasing a foul-named sex tape. He also made appearances on reality and game shows like Celebrity Boxing 2, The Weakest Link and Celebrity Fit Club. He also received plenty of flak from his fellow Saved by the Bell colleagues after airing their dirty laundry in a tell-all titled Behind the Bell.

In 2015 he was sentenced to four months in prison for carrying a concealed weapon and disorderly conduct. 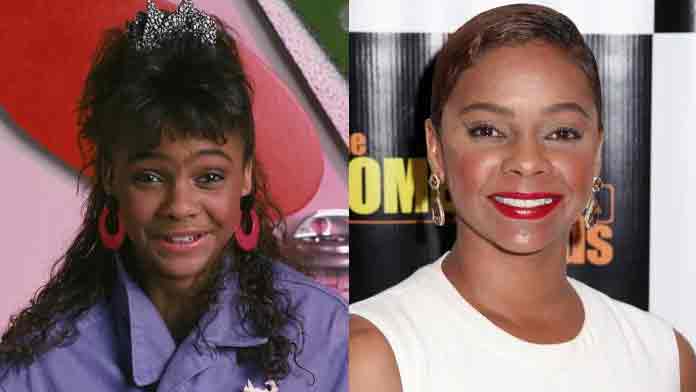 Saved by the Bell’s resident fashionista brought all of the Screeches to the yard. And it’s easy to see why as Lark Voorhies’ photogenic looks landed her acting work since the age of two. After her time as Lisa Turtle, Voorhies went on to play various roles in much of 90’s television most-loved shows. She had recurring roles on Days of our Lives and The Bold and the Beautiful, starred in Star Trek: Deep Space Nine, showed up on Family Matters and played love interests in The Fresh Prince of Bel-Air and In the House.

In the mid-2000s, she came under fire for exhibiting some odd behavior in TV interviews. The National Enquirer reported she had a drug problem and she sued them for libel). Voorhies denied the accusations and continued to focus on her career by starting her own production company, Yo Soy Productions. 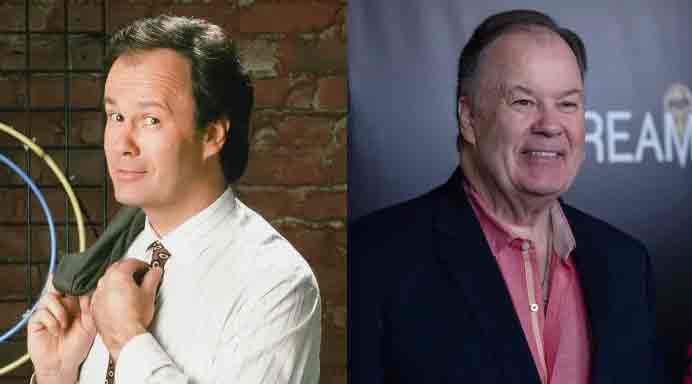 In Saved by the Bell’s beta incarnation, Dennis Haskins also played the role of principal Mr. Belding. Then he went on to join the spinoff Saved by the Bell: The New Class and has poked fun at his turn as Belding by partaking in such projects as the karaoke-themed album Karaoke With Your Favorite Principal Dennis. Haskins still pursues acting, starring in bit roles on Mad Men and How I Met Your Mother, but it’s hard not to associate him with the timely catchphrase “Hey, hey, hey—what is going on here?” 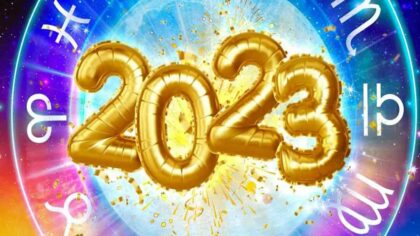 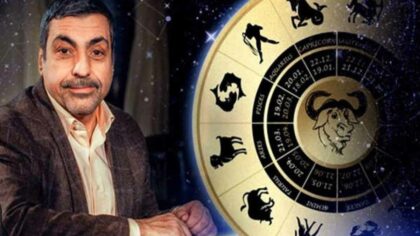 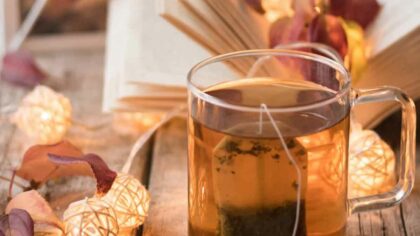 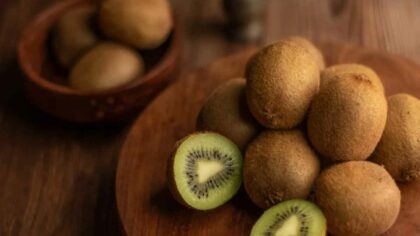 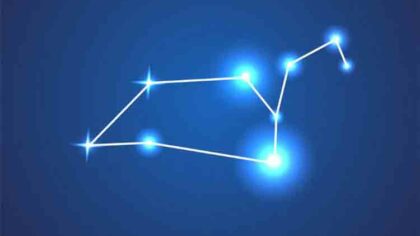 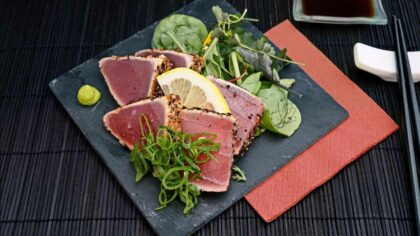 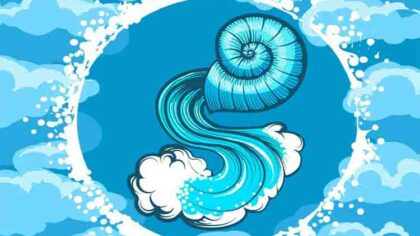 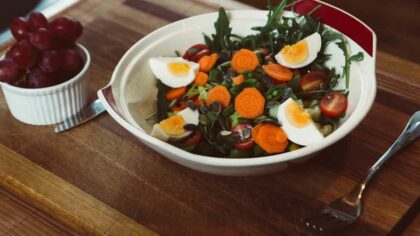 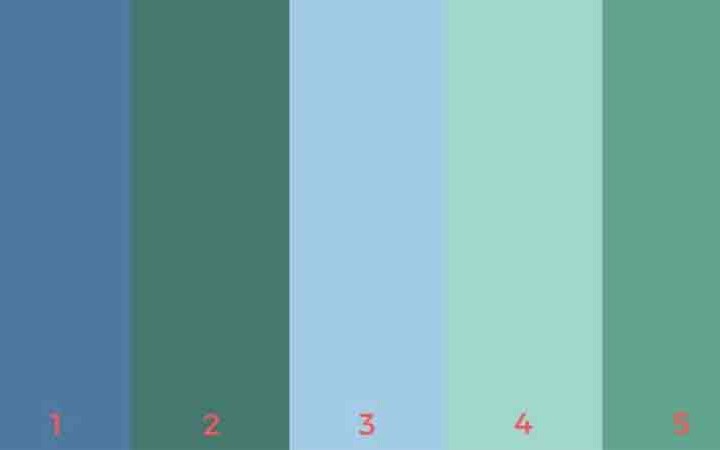 This new eye test has people doubting their eyes: are these squares green or blue? 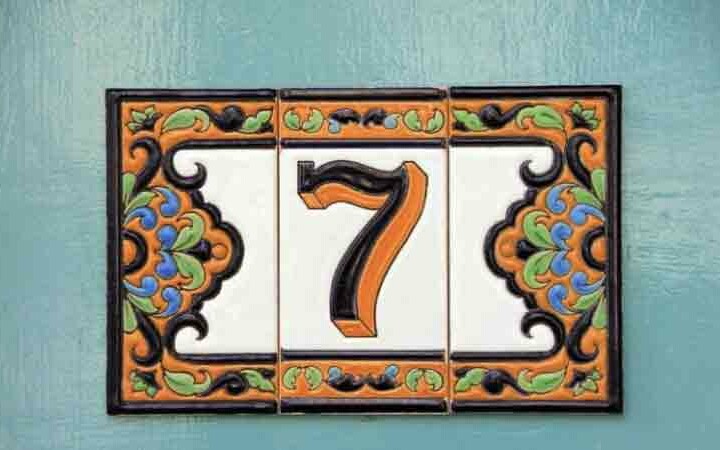 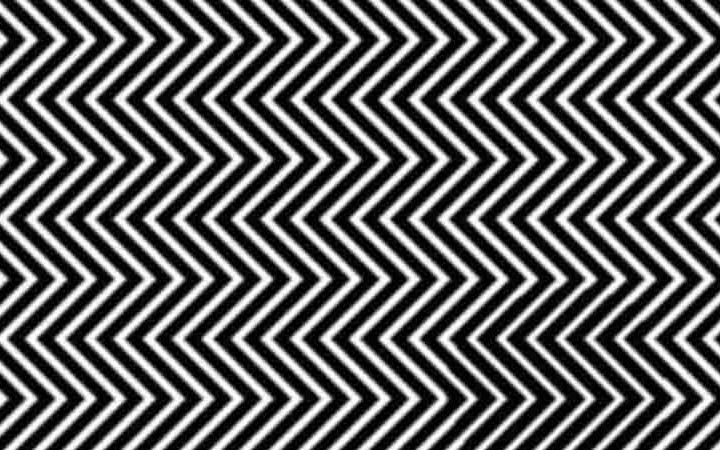 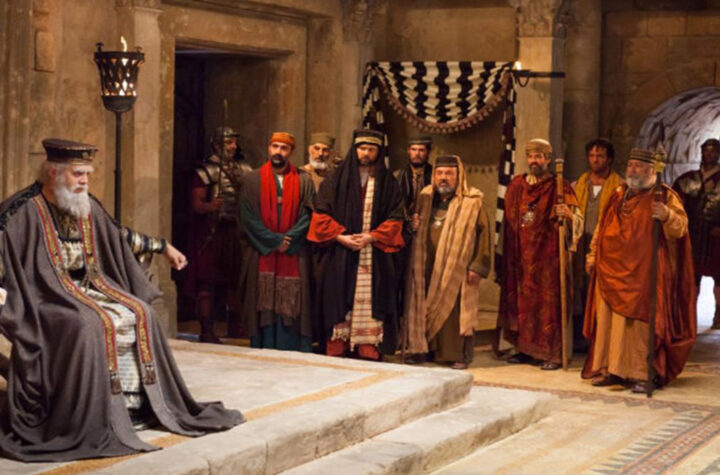 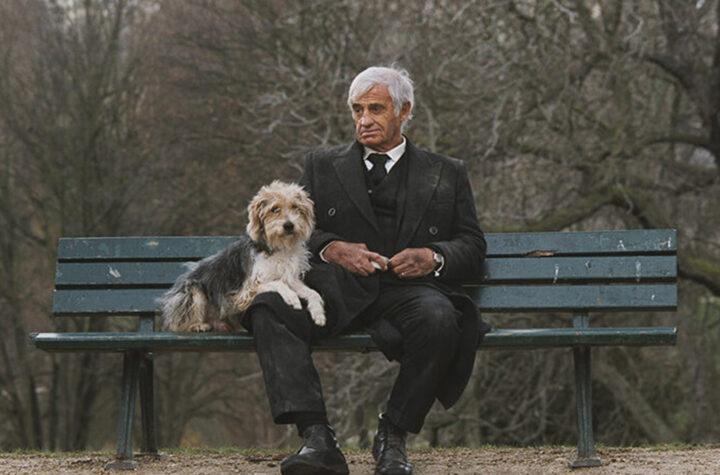 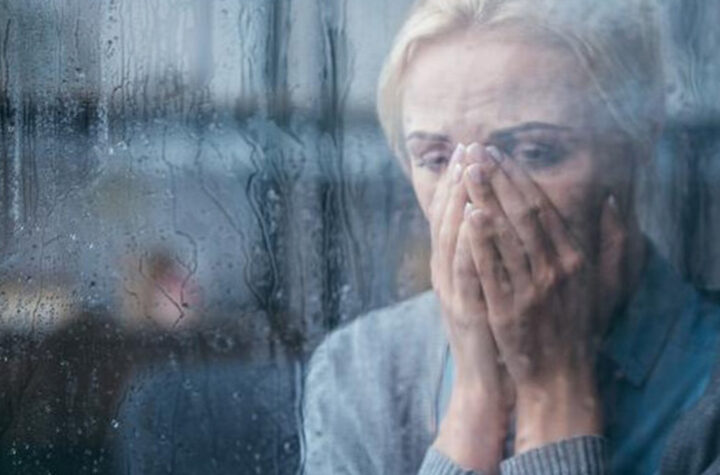 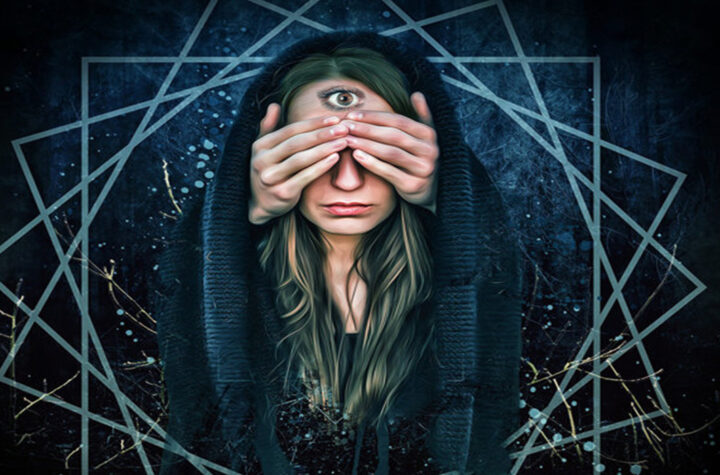